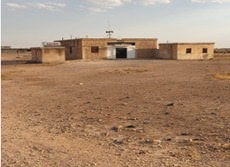 The Syrian Civil War in 2011 killed thousands of innocent people and has displaced many families around the bordering neighbors of Syria.

Tal Abyad is one of the areas where hundred of Syrian families fled from their homes to escape the unbearable ravages of the war and are in dire need of Humanitarian assistance.

The electric wells will range between 50m to 200m in depth depending on the areas to be installed. The cost of the wells under 100m is $1560 & anything over 100m depth needed is $1760 which includes all preparation of drilling, iron skirt, vertical plunger, iron well cover, electric cable, all hoses for connection, breakers, capacitors, spirals & couplings.

The pictures above are 6 mosque that require a water well with a depth of less than 100m in the surrounding areas of TAL ABYAD: